Escaping planet postdoc without guilt. This is a constant theme when I work with postdocs. It’s either feeling guilty about leaving full stop or leaving academia Or even leaving one bit of discipline for a slightly different discipline.

There are often feelings of guilt and all sorts of things going on in the postdoc mindset athta contribute to making the decision to move on really tough. I’m going explore some, some thoughts around it here. I haven’t got the ultimate solution! I’d love to take that guilt away from you. But I am going give you some some ideas for for focusing your thoughts on how you might cope with that guilt.

Guilty feelings got no rhythm

Where does this postdoc guilt come from? And there are a surprising number of sources of guilt. First and foremost we as postdocs feel guilty. For many people being a researcher has been a vocation. So you’ve wanted to do this for a long, long time (I announced it when I was 4!). And so moving on from that postdoctoral stage, especially if you’re moving out of academia can feel almost like a betrayal. Or there might be feelings of grief. So taking a good hard look at your internal feelings on this can be really, really important. Give yourself permission to be unsettled – this is a big decision. Those feelings can tell us something. But there’s other people around us as well who we might feel are pointing fingers at us. They might not actually be doing that, but we might feel it and therefore it is real for us. Do you feel you are letting the ‘side’ down? As the great George Michael sang:

Letting other people down. Been there. Felt that. (BIG HINT: you’re not) There were two really big ones when I stopped being a postdoc. The first one was my principal investigator, my PI. He was utterly mystified, I think, which as to why would ‘give up’. Why having invested so long in this would I want to move on? And I very much felt as as a judgement on me that added to the load of guilt. The other major source came from my parents, which I hadn’t really expected. But if I thought about it a bit, I probably should have expected it! Partly because they’ve been hugely supportive throughout either my upbringing of this little nerdy little girl who wanted to become a scientist. I’d got what I wanted! Why would I want to stop now? Most parents want to protect and are bound to worry. I understand and having people be your ‘critical friend’ in a coaching sense is invaluable. But when the options of others conflict with our own and stop us in our tracks that isn’t the healthiest place. Take on advice and weigh it up! You are a researcher – you do this best.

It’s one of my missions, to make sure that postdocs move on proactively and positively into what they do next. A postdoc is fixed term by its very nature. Its definition says there will be something next. And it’s question of, do we choose that something? Are we proactively seeking it out? Or have we just kind of let the clock run a bit too close to the end of our contract and either take on some money – your PI dangles a three month contract in front of us. Or we’ve sort of jumped ship because we felt we had to or we succeeded to postdoctoral drift (more about avoiding that in my book).

If someone has given you a fixed term contract, it is exactly that. And the expectation needs to come from you that you will move on after that. So using your time as a postdoc, to investigate what makes you tick, what you love about the job that you currently do and what you don’t like about it. What are your strengths? Perhaps using your postdoc to learn new skills, so that you can then move in a proactive positive way towards that new position. You need to make a choice rather than a default action because you are going to feel bad if you just like scrambling around and just taking something that is on offer.

Now, I know the job market is really tough out there absolutely but by really making the most of your postdoc time you can be ‘move ready’. Making sure that you’ve got the skills you need on your CV before your contract ends. And that you’ve investigated all the options open to you well before you need to move. I think perhaps one of the saddest things that I deal with with postdocs is that you just don’t realise how fabulous you are!  So if I need to hear this:

you are highly literate, highly numerate, problem solving, project managing wonder who has far more skills than you give yourself credit for

It’s learning to articulate those skills and then thinking “Okay, these are the things that I really love doing. Where can I do them?” Some of those answers might be within academia but there are many more careers out there where your skills might be used more more fully and you might actually enjoy them! If we are letting guilty thoughts hold us back from exploring our options we are really doing ourselves a big disservice. You know some of this involves bravery but I think if you’re brave and true to yourself then you really hold the power and possibilities of your career in your own two hands. Otherwise are you opting to feel guilty in a couple of years because you’ve let yourself down? (I know, little bit of a guilt trip there!)

I love a cup of coffee. Well know for it. Also quite chatty. This tip comes from the heart!  When investigating that life beyond planet postdoc quite often we have very blinkered views. We know exactly how the research environment works but we haven’t investigated anything else. Actually understanding a day in the life of someone in industry, medical writing, government policy is invaluable in choosing positively (and hitting guilt on the head). Understanding what their role is really like is easily done by sitting and having a chat with someone.

You will all have very extensive networks because you’ve been to university as a student and researcher. And that’s without even including the people who might know you through sports clubs, friends and family. You have a vast network tap into. You will be able to find someone or someone who knows someone who can tell you what medical writing in the South of France is like (my vision involves wine!). You can use your network to really illuminate your choices.You have a myriad of career options (postdocs are fabulous) that some of these conversations might be about closing off some career doors. Let’s go forth and chat – most people will happily give you 15 minutes to explain what their role entails, the skills you need. It’s the inside skinny(latte).

What if the boot was on the other foot?

Let’s turn around the guilt associated with you leaving. What would you feel like if your principal investigator got offered a chair at Harvard? I bet their first thought isn’t “What should I do about my postdocs?”. Their first thought is probably tenure, or salary? Or what’s it like in Harvard? What’s the department like? What would be my title? And then at some point, the penny will drop. Oh, what do I do about my group? So you are not your PIs first priority. Their career is their priority, even if they are the nicest principal investigator in the world.

I want you to think the being fixed term works both ways. I would imagine most of you are on something like a month’s notice. So the university can chuck you out at the end of your contract, for sure. But also you only have to give them a month’s notice that you’re leaving. And to me, if you were hugely valued by that organisation, they would have you on three months notice, or six months notice. Still feeling guilty?

But if you were looking at yourself from the outside (and this might sound a bit existential, but just bear with me for a minute) what would your recommend to someone in your position? Let me paint you a picture of postdoc who I met three weeks ago. And this postdoc, I think, you could probably say, was pretty miserable. They’d reached the stage of realisation that they had to move on. But they weren’t. And whether they call that resistance, whether we call that guilty feelings, this person was in a bad place. What they needed to do was really map out some escape routes. And also think about not only what they’re going to lose (which was very much the frame of mind they were in) but also what they were going to gain.

For every sort of decision that you make, I am a big fan of a simple pros and cons list. You can go the whole SWOT if you like.  What are the plus points of moving to this particular role? What are the negative points? I would always have a particular role in mind and be specific. Then do exactly the same for staying where you are until the end of your contract. For the postdoc in this story staying just meant having to put up with a lot of stuff which was effectively affecting her mental health. She was hoping for the work to get written up, add to her CV and which would allow her apply for a fellowship. But if that getting that publication, is going to break you as a person? Then for me, that’s a publication not worth having.

Time for having tough talks with yourself! Or with someone trusted, who isn’t invested in the equation. So you might have brilliant PI in the world but their advice is always going to be coloured by the situation that they’re in. They probably want you to stay because you’re fantastic. And you’re keeping, you know, for their point of view, they want you to stay right up until the end of your contract, because they’re going to get the maximum that worked on that grant that way. For you, you’re gonna have to leave before the end of that contract. There is never such thing as like, right? Okay, I’m gonna do this. And I’m going to stop my contract this day. And then I’m gonna start my new job the next day. Things never line up that neatly. And so you will always end up leaving them in the lurch at some point. And if you can keep that relationship going, then you might be able to finish up papers and things like that. But as soon as you leave the lab, that becomes much, much harder.

So it’s about putting yourself first, by all means weigh up the pros and cons of all your decisions. Absolutely. Don’t go blindly into something. But prioritise yourself, don’t listen to the naysayers. 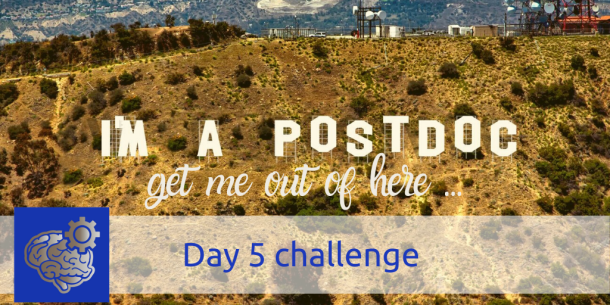 Everyone's contract date is coming. Are you ready to escape planet postdoc?

Sign up for our FREE 5 day email challenge - are you ready to move on?

We will also send you friendly career advice once a week